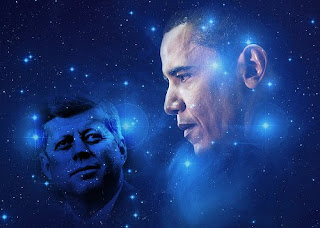 No one can debate the obvious significance of the election of America’s first African-American President. The oft-quoted motivational message to young American-born males “someday son you can grow up to become President” is no longer reserved solely for the private preserve of young white males. President Obama’s election is a welcomed bellwether for trumpeting that message to all young Americans regardless of race, color, creed or sex.


Of equal cultural significance stemming from the election is how President Obama ushered in an era of political engagement the likes of which unseen since the JFK era. For those eager to draw parallels between the late and current President they are largely inspired from the perspectives of youth, vigor, broken barriers (Kennedy was Catholic) and their speeches appealing to a new vision for America. Kennedy's inaugural mantra “ask not what your country can do for you; ask what you can do for your country" was a stirring challenge to courageously tackle the issues facing America’s “New Frontier”. Similarly, candidate Obama’s dramatic plea for “hope and change” resonated with those in quest of an America that sets aside partisan goals and works together to support our collective needs.

Those who argue that the parallels between the two Presidents are too overt to dismiss are equally dismissive of the obvious paradoxes. Both Presidents had an overarching call for Americans to sacrifice, but their asks were grounded in deep differences. JFK’s expectations for Americans were to take courageous steps to support America’s new needs and challenges. His fiscal policies calling for tax cuts were consistent with asking the free enterprise system to have the courage to be innovative and to spur business incentives for risk, investment and effort. JFK’s philosophy of a measured management of federal government interference was calculated and careful as illustrated in his 1962 Yale University commencement speech when he said,

“Each case, science, urban renewal, agriculture, natural resources, each case must be determined on its merits if we are to profit from our unrivaled ability to combine the strength of public and private purpose”.

Contrast Kennedy’s sentiments with those of Obama’s policies of unprecedented deficit spending, proposed tax hikes, unfocused stimulus bill spending and governmental control of health care economics, each of which fly in the face of JFK’s call for innovation and governmental self-restraint.

Parallels and paradoxes for sure, but only history will determine which axiom governs.
Posted by Dennis Gallagher at 8:13 PM