Who Are The Bad Guys? Obama, Eric Holder and Dems Refuse To Neuter Black Panthers 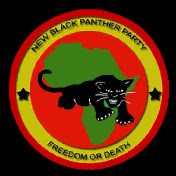 After almost a full 12 months of Americans contending with perverted and distorted domestic and foreign policy mindsets consistently put forth by the Obama administration, let’s have a quick pop quiz.
Of the following cases, please select all those that apply which would be considered the “bad guys” in the eyes of the Obama administration (make sure you put on your handy-dandy “Obama Thinking Cap” before answering).
A. CIA operatives who interrogated terrorists in overseas locations
B. 3 Navy Seals accused of “mistreating” an Iraqi terrorist responsible for the slayings and mutilation of four U.S. contractors in Falluja in 2004 .
C. 5 war criminal terrorists responsible for the 9/11 attacks, one of which is 9/11 mastermind Khalid Shaikh Mohammed
D. Northwest airline flight #253 attacker on Christmas day attempting to kill 288 passengers who was "lawyered up" immediately after the plane landed
E. Black Panthers intimidating voters at a polling place on 11/4/2008, the presidential election day
If you answered A & B, then you obviously had your Obama cap on tight.
Yes, brave and courageous CIA operatives and Navy Seals risking their lives to protect America from terrorists are viewed by the Obama administration as the “bad guys”. They are prosecuted and persecuted by this administration. However, 9/11 mastermind terrorists and Black Panther punks and thugs intimidating voters receive U.S. constitutional rights and are free to intimidate at will.
Perverted? Yes.
Distorted? Yes.
Consistent with this Obama administration’s mindset? Most certainly yes!
Political Policy’s post dated 1/3/10 entitled “Obama Lets Black Panthers Take A Cat Walk. Surprised?” challenged President Obama’s Attorney-General Eric Holder’s decision to drop voter intimidation charges against the Panthers. Holder’s actions outraged the U.S. Commission on Civil Rights and the Commission requested Holder to provide information and documents explaining why a civil complaint was dismissed against members. Also, Rep. Frank Wolf (R-Va.) introduced a resolution on December 17, 2009 that would direct Attorney General Eric Holder to provide Congress with all information relating to the Justice Department’s dismissal of a case against members of the New Black Panther Party.
What was the resulting upshot of the U.S. Commission on Civil Rights and Rep. Frank Wolf’s requests? On Tuesday, 1/12 Eric Holder's Justice Department refused to turn the information and documents sought by the U.S. Commission on Civil Rights explaining why the civil complaint was dismissed against the Black Panthers. In a 38-page response, the department objected to "each and every" question and document request submitted by the commission, saying the subpoenas violated existing executive orders, privacy and privilege concerns, and were burdensome, vague and ambiguous.
U.S. Civil Rights Commissioner Todd Gaziano, an independent appointed by the House, questioned the department's refusal to turn over the bulk of the requested information and documents. Mr. Gaziano said during an interview Tuesday

"The department offered no arguments as to their legal position in denying the requests," "This is just more delay, more stonewalling and without any justification. "The department has no privilege in this matter other than executive privilege, and if the president wants to assert it, he should do so".

Perverted, distorted and consistent.
Coincidentally on Wednesday 1/13, the day after Eric Holder’s out of hand refusal to submit information to the U.S. Commission on Civil Rights, the democrat controlled House Judiciary Committee rejected by a 15-14 vote Rep. Frank Wolf’s resolution into an inquiry that would have forced the Justice Department to tell Congress why it dismissed the voter intimidation civil complaint against the Black Panthers. Rep. Wolf stated,

“I am deeply disappointed that the Judiciary Committee defeated my resolution of inquiry on a party-line vote. There has been no oversight, no accountability and certainly no transparency with regard to this attorney general and this Department of Justice. Where is the 'unprecedented transparency' that this administration promised? Where is the honesty and openness that the majority party pledged? The American people deserve better".