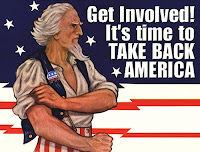 As America struggles to manage through an Obama administration that has stewardship and responsibility for an economic crisis of spiraling budget deficits, burgeoning public debt, a declining U.S. dollar, unprecedented unemployment rates and ever-increasing global competition, it finds itself between the proverbial rock and a hard place. Striving to avoid a pending socio-economic earthquake America finds itself on a political and public policy fault line.


On one side of that fault lies the philosophy that an American free-enterprise democratic-capitalist society will create economic growth and employment through innovation and a laissez-faire public policy. On the other side is an Obama-led ideological philosophy of a European-style welfare state that applies governmental intervention and regulation over corporate America to create societal cohesion. America’s socio-economic safety, preservation and hegemony hangs in the balance.


America must continue to maximize its economic potential through its unique democratic capitalist system. A system created by and for Americans that is the engine of American hegemonic wealth, innovation and job creation. However, that very system needs to be employed to maximize the potential of the American work force and strive to minimize the gap of American social classes and compensation.

Jim Manzi addresses the above in a thoughtful essay in National Affairs entitled “Keeping America’s Edge”. Mr. Manzi’s manifesto of sorts for preserving America’s fundamental ideals offers up solutions to his view of America’s core societal problem, i.e., “how do we continue to increase the market orientation of the American economy, while helping more Americans participate in it more fully”.

Mr. Manzi outlines three major realities facing America today as we navigate through these socio-economic shoals:
Given these realities, Mr. Manzi summarizes the current Obama political and policy environment quite well as America attempts to reconcile its quest to maintain its successful heritage of democratic-capitalism, while also striving to narrow the growing disparity of American societal classes, short of becoming a social democratic Obama-led welfare state in the name of social cohesion.

“Reconciling these competing forces is America's great challenge in the decades ahead, but will be made far more difficult by the growing bifurcation of American society. But a dysfunctional political dynamic has prevented the nation from addressing it well, and has instead given us the worst of both worlds: a ballooning welfare state that threatens future growth, along with growing socioeconomic disparities.”


Mr. Manzi attests that innovation causes productivity and involves the use of human capital in new and constantly evolving ways, but this can lead to a painful displacement of workers and it is difficult to predict what new industrial sectors will actually be productive and how they will develop. That is why the free play of markets with limited intrusion by the government is so essential. If not, then industrial policies protect existing jobs that would, by economic nature, be eliminated causing controlled stagnation versus economic growth.

The perplexing response to this, a la the Obama administration, is to slow down the rate of innovation and redistribute the economic output in a manner designed to maintain social harmony. This is the logic of the social democratic welfare state, and the direction pursued by much of Western Europe since the Second World War. The price America would pay for this direction forged by the Obama administration is indeed steep.

Under a social democratic welfare state, Europe's share of global economic output has been collapsing in the face of global competition, decreasing from less than 40% of in the 1970s to about 25% today. America cannot afford such a steep price to pay for an Obama-led social democracy welfare state simply to satisfy their singular ideological religiosity of social cohesion. America’s Asian global competitors are not as altruistic in their policies and to quote Mr. Manzi, “America needs economic output to keep up.”

In this post-modern of modern worlds we live, America has led the way towards innovation, but as Mr. Manzi points out, our global competitors have copied our trademark. As Mr. Manzi states,


“The wealth-creation engine of the post-war world was designed in America, but available to other nations too — and so in time those that had more advanced economies before the war (predominantly Western Europe and Japan) re-industrialized to the point that, by the 1970s, they began to challenge America's position. This revived competition, along with the oil shocks of the '70s, dramatically changed the global circumstances that had allowed the United States to have it all: high rates of economic and wage growth along with a high degree of economic equality.”


The Carter administration nullified U.S. economic growth throughout the 1970s through its social democracy polices and the restrictions it imposed on markets with the purpose of promoting social harmony. These included everything from price controls to government encouragement of private-sector unionization to zealous anti-trust enforcement.

The Reagan administration revitalized untapped U.S. economic growth through sound monetary policies plus deregulation. Reagan succeeded and America re-emerged as the acknowledged global economic leader and its economic output per person is now 20% to 25% higher in the U.S. than in Japan and the major European economies.


But, as Mr. Manzi points out, America has retained its economic hegemony but has not maximized its potential,

“it is important to see that this robust growth means only that America has not lost ground in global economic competition, not that it has gained much. From 1980 through today, America's share of global output has been constant at about 21%. Europe's share, meanwhile, has been collapsing in the face of global competition — going from a little less than 40% of global production in the 1970s to about 25% today. Opting for social democracy instead of innovative capitalism, Europe has ceded this share to China (predominantly), India, and the rest of the developing world”.


“Seen together, these initiatives — shifting government spending away from defense and public safety toward social programs; deeper direct involvement of the government in the operation of large corporations
across a substantial portion of the economy; energy rationing in the name of managing climate change; more direct government control of health-care provision; and higher tax rates that probably include a VAT — point in a clear direction. The end result would be an America much closer to the European model of a social-welfare state, which prioritizes cohesion over innovation.”

To avoid this dangerous systematic policy shift toward American socialism by the Obama administration, Mr. Manzi identifies some clear solutions. Solutions that will avoid “throwing out the baby with the bathwater”. Preserving America’s system of democratic-capitalism while solving for a more socially cohesive American society to benefit from such a system.

Mr. Manzi advises the following:
America has choices. To continue its bright proven heritage of a democratic-capitalist system that fosters innovation, U.S. economic dominance, growth and jobs. Or an antithetical Obama ideology that fosters social democracy through governmental ownership and overregulation that will stagnate innovation and economic growth and employment.

The difference lies in that the former ideology served to elevate society whereas the latter served to de-elevate society. These are the clear choices that present the great divide confronting Americans.
Posted by Dennis Gallagher at 7:37 PM

That's as very comprehensive post. Democrats, and Carter in particular, did much to slow our industrial capacity. Industry since it is value added (as opposed to service), creates more opportunity for people to rise socially, and economically. When that is killed, no amount of income redistribution will fix the divide between the haves and the have nots.