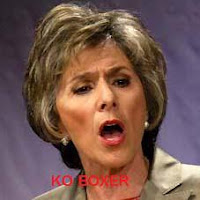 Political Policy is proud to endorse Carly Fiorina as the Republican nominee for the U.S. Senate in California. Carly Fiorina has an extremely interesting background, both professionally and personally. It all adds up to someone who will be a breath of senatorial fresh air who will breathe new life into the once Golden state and restore its aura of greatness.
CARLY’s BACKGROUND
While Carly Fiorina is perhaps best known as the former Chairman and Chief Executive Officer of Hewlett-Packard Company (HP), what is not as well known is Carly worked her way through undergraduate and graduate school. A self-made woman, she started her business career as a secretary and went on to become the first, and to date, the only woman to lead a Fortune 20 company. Carly’s uncommon record of hard work and success includes more than 20 years at AT&T and Lucent Technologies, where she led the largest-of-its-time IPO of Lucent and became President of its largest business.
During her tenure, HP’s revenues doubled, from $44 billion to $88 billion, with improved profitability in every product category. Today, HP is the largest technology company in the world. As the Chairman of the Fiorina Foundation, chair of "The One Woman Initiative" – A Fund for Women’s Empowerment and a founding partner with The African Leadership Academy, Carly believes in giving back. She is also a board member of Freedom House, Vital Voices, the National Symphony Orchestra and Ford’s Theatre and serves as a trustee for MIT.
Carly is the quintessential self-starter. She helped put herself through school, doing the books at a local hair salon while she earned her undergraduate degree from Stanford and taught undergraduates in order to pay for an MBA from the University of Maryland. Her Masters of Science in Business from MIT was the result of years of hard work at AT&T – they thought enough about her promising future to send her there.
Carly Fiorina is living proof that the traits needed for personal and professional success come from within ourselves given the opportunity. As the U.S. Senator representing California, Carly will serve in the Senate to create the environment and the opportunities for all Americans to succeed.
CARLY ON THE ISSUES

Creating Jobs
"Small businesses and entrepreneurs are the economic engines that will lead us through these difficult times."
Restoring Fiscal Accountability
"When we know where our money is being spent, it'll be a whole lot easier to get people focused on saving money."
California's Water Crisis

"Bringing relief to California farmers in the Central Valley is one of my highest priorities."
Focusing Health Care
"Health care reform should be focused on keeping decisions about care between doctors and patients."
Reducing the Deficit
"Tax, spend and borrow is not a governing philosophy, it's a cycle of dependency."
Energy and the Environment
"Our focus must be to find efficiencies in the energy production sector and invest in innovation."
Immigration
"Illegal immigration undermines our security." Carly Fiorina said she supports the new immigration law in Arizona and blasted the federal government for not fixing the nation’s immigration system.

Protecting America
"Government's first and foremost priority is to protect its citizens. That means defending our nation from threats of all kinds, both domestic and foreign."
Carly Fiorina is the self-starter, common sense, passionate and caring leader Californians and Americans need in Washington to put the country back on track toward economic and fiscal responsibility, job creation, preserving American freedoms and liberties and protecting America’s homeland and sovereignty.
SUPPORT CARLY AND “KO” BARBARA BOXER’S DANGEROUS AGENDAS
Carly Fiorina has opened up a 15-point lead point lead on her challengers and, according to CQ Politics, will be the likely GOP nominee to face and defeat California incumbent Senator Barbara Boxer. Barbara Boxer is one of the most dangerous Obama-like progressive/socialists in Congress. Political Policy has posted commentary on how Barbara Boxer has been both disrespectful to our military leaders and has shown her true racist colors.
Barbara Boxer is prima facie evidence of the Obama-like progressive/socialist policymakers in Congress who have voted to systematically bankrupt America, inhibit economic and job growth, compromise American defenses from terrorism and infringe upon American freedoms, liberties and opportunities. When Barbara Boxer isn’t doing the above, she is laboring in the Senate expending precious taxpayer dollars to enact a cap and trade (translation “tax”) bill that, according to the Heritage Foundation, will cause “significant economic costs in terms of lost income, lost jobs, and higher energy prices, among other detrimental effects”. According to the Heritage Foundation’s analysis, the following is a summary of what Barbara Boxer’s disastrous cap and "tax" bill would cause between it’s proposed enactment and the year 2035, as adjusted for inflation:
While Barbara Boxer’s cap and "tax" bill will increase energy costs and cost jobs for all Americans, it will create billions for her friends at General Electric. If her bill passes GE stands to make billions since her cap and "tax" bill will force the airlines industry and the military to purchase more expensive “green” engines made by GE.
EVEN THE LOS ANGLES TIMES REFUSES TO ENDORSE BARBARA BOXER. The Los Angeles Times’ opinion of Barbara Boxer is as follows, “On the Democratic side, we find that we're no fans of incumbent Barbara Boxer. She displays less intellectual firepower or leadership than she could.”
Carly issues the same concerns about Barbara Boxer's intellectual prowess and priorities when she states in her campaign ad, “Terrorism kills, and Barbara Boxer is worried about the weather”.
In the attached video, Carly says she believes that all Americans have the wisdom and should have the freedom to choose their path in life, versus those who support the Obama administration such as Barbara Boxer who believe government should make that final determination. It is now up to Californians to vote for which path they choose.
YOUR VOTE FOR CARLY FIORINA ON JUNE 8 IS THE FIRST STEP TO PUT CALIFORNIA AND AMERICA BACK ON TRACK. THE FIRST STEP TO RID CALIFORNIA AND AMERICA OF THE DANGEROUS AND HARMFUL AGENDAS PUT FORTH BY THE BARBARA BOXERS IN CONGRESS.
Posted by Dennis Gallagher at 9:00 AM

Aren't you a little concerned about her connection to Khalid Monsour, of Obama fame? She serves on the Board of Directors for the ALA, which professes the same agenda of fundamental transformation and "changing the world". I am not at all pleased with this association and smell a plant.