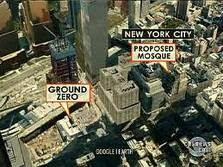 We loathe what we fear. The progressive/socialists have been spewing this Saul Alinsky rule number three  (“whenever possible, go outside the experience of an opponent. Here you want to cause confusion, fear, and retreat”) phobia tactic at American traditionalists for years. This rubbish rancor from progressive/socialists has been hurled at every turn, whether it’s regarding enforcing American immigration laws, same-sex marriage, embracing non-Judeo/Christian religions or, even to be so bold as to co-opt the republican leadership to end slavery and pass the 1964 Civil Rights Act by calling American traditionalists racists.

This Alinsky tactic is summed up nicely when Andrea Mitchell called for Americans to be more sensitive when commenting on the Ground Zero Muslim community center she said "Some would say that it is, really, for Americans, for majority of Americans to be more sensitive to minority communities." For Ms. Mitchell, like most progressive/socialists and their phobia tactics, sensitivity is a trait only to be reserved by Americans toward other cultures, not vice versa.

The phobia tactic has, and always will be, the progressive/socialist trump card when their arguments are intellectually dishonest, factually incorrect and/or their policies are inevitably proven to repeatedly fail. These are, mind you, odd phobia salvos coming from the progressive/socialist, given their Sen. Harry Reid representations of President Obama as "light-skinned" appearance and having speaking patterns "with no Negro dialect, unless he wanted to have one” and immaturely assaulting Tea Party members with homophobic “tea-bagger” symbols. Let us not mention the phobia attacks on Catholics by the progressive/socialists when they, for example, question building playgrounds next to Catholic churches as was brought up on the progressive/socialist's personal comedy club (no, not the democratic caucus), Jon Stewart’s Daily Show.

This raging debate between American traditionalists and progressive/socialists has been ongoing since the turn of the twentieth century, when nascent progressivism began to creep out of the baseboards of America. Progressive/socialists have sought to undermine traditional American values through socialist efforts such as union organizing, antitrust laws, wealth redistribution through progressive state and national income taxes, and increased business regulation (William Anderson penned a wonderful essay entitled “The Legacy of Progressivism” for an historical summary of progressivism in the U.S.).

Thomas Jefferson’s first draft of the Declaration of Independence comprehensively represents the traditional American’s perspective on American values when he wrote, “We hold these truths to be sacred and undeniable, that all men are created equal and independent, that from that equal creation they derive rights inherent and inalienable, among which are the preservation of life, and liberty, and the pursuit of happiness." Jefferson’s ideals gave license for the citizens of the new world's thirteen colonies to express their own individuality and to preserve the rights and individuality of others, with nominal governmental interference. However, this new and beautiful society of freedom and liberty that Jefferson and his fellow founding father’s constructed was seen as an opportunity for the progressive/socialist to seize for their own self-aggrandizement.

Progressive/socialists create nothing. Their parasitic existence solely attempts to usurp the successful efforts of others. Progressive/socialists are not unlike vultures, feeding off the efforts of a fresh kill, laying in wait to ply their agendas after Americans build their society through their toils and sacrifices as an outgrowth of the liberties and freedoms provided by the founding fathers Judeo-Christian principles. Once built, they assume the spoils of those efforts as their own and utilize them as a tool to advance their progressive/socialist agendas. In fact, Karl Marx admitted that without capitalism communism would not be possible. Capitalism, according to Marx is to be transcended, not abolished, for the betterment of society. To achieve their end game, progressive/socialists then prey on the emotional fears of Americans to sway them to their cause. One only needs to review the Obama administration's economic policies of government usurpation of corporate industry to support Marx's theorem.

And what is the progressive/socialist end game? Their end game is a collectivist world view “where the ‘group,’ rather than the individual, is the essential element of political, social, and economic concerns. In theory, collectivists maintain that the claim of their abstract group, or the State, is obliged to supersede the claims of individuals.” Not much mention in this definition of individual rights, liberties or sovereignty, is there? Sound familiar given the Obama, Pelosi and Reid progressive/socialist agendas? No doubt the guileful spirit of progressive /socialists was circling our hallowed Independence Hall whispering their unctuous collectivist plot, as our founding fathers were breathing words of freedom and individual liberty into our Declaration of Independence.

Unions are a key player in supporting progressive/socialists to enable their Marxist tactics to co-opt American industry profits and organizations such as the ACLU (by and large) and the SEIU ACORN-like groups have been instrumental in advancing the Rousseauian/Alinsky emotional phobia-like tactics. Couple the Marxist commandeering of individual efforts with the Rousseauian/Alinsky emotional-based tactics and, voila, the progressive/socialist formulates the perfect equation to achieve their collectivist strategy.

The building of the Ground Zero Muslim community center two blocks from the World Trade Center ground zero has spawned yet another phobic tactic attack by progressive/socialists on American traditionalists in their quest for a collectivist world. The latest and greatest phobia claim by the progressive/socialists leveled at American traditionalists is against those who oppose the building of the Ground Zero, Park51 Muslim community center as being unconstitutional, another convenient use of the progressive/socialists favorite weapon to champion their cause. TIME magazine now asks their newest trump card question “Is America Islamaphobic”, asserting that “where ordinary Americans meet Islam, there is evidence that suspicion and hostility are growing. To be a Muslim in America now is to endure slings and arrows against your faith.”

Let's not ignore some untidy facts about this latest phobic attack by progressive/socialists. Facts such as there are approximately one million Muslims and more than 100 mosques in New York City, plus an unknown number of small mosques that worshipers set up in their apartments or places that are not visible from the street. Facts such as there are approximately 1,200 mosques in the U.S., two million Muslims associated with mosques and a 25% increase in mosques in the U.S. since 1994, one of the fastest growing religions in the U.S. And the fact that Islamic terrorists have carried out almost 16,000 deadly attacks out of religious duty since 9/11.


Despite these stubborn facts, there is no outrage or movement afoot by American traditionalists to outlaw the practice of Islam or close the doors on all 1,200 mosques in the U.S. No, American traditionalists are not calling for the outlaw of the practice of Islam in the U.S. nor are they boycotting the building of this or any Muslim community center in the U.S. That would be antithetical to the American traditionalist’s respect for the Constitution. That would be the action and purview of the progressive/socialist, given their multiple instances for disallowing Judeo/Christian public school prayer in the name of their favorite weapon, the Constitution, but allowing such a practice for Muslim students.

What has outraged American traditionalists towards the building of the Ground Zero Muslim community center stood is, to adopt Ms. Andrea Mitchell’s Rousseauian/Alinsky parlance, the insensitivity of progressive/socialists support of the Muslim community to disrespect the memory of the carnage heaped on American soil and the family and loved ones of those murdered in the name of a religion that has been largely unrepentant in their cowardly attack.

So turnabout is fair play to now ask the question, “Are progressive/socialists Ameriphobic”? This is a fair question since there is enough grist for the mill. Notable accounts of Ameriphobic progressive/socialist initiatives have been well documented throughout recent years. Too numerous to enumerate, but by way of example, progressive/socialist American flag desecration proposals, their denouncement of school prayer claiming separation of church and state, their disregard for human life up through the ninth month of pregnancy by supporting late-stage abortions and special interest teacher union pandering by disallowing school choice through vouchers are evidential of their fear and loathing of God, the sanctity of life and the constitutional rights of individuals to provide for their own best welfare.

Ameriphobic denouncements of Arizona’s illegal immigration law to protect American sovereignty and respect the rule of law are labeled racist, but sanctuary cities violating federal laws and American sovereignty such as San Francisco, which protect illegal immigrants and their crimes, are lauded by progressive/socialists as humane. Let us not forget newly inaugurated President Obama's "Apology for America" tours. Fundamentally, all things uniquely American are feared by progressive/socialists.

These are microcosm examples of progressive/socialists fearfully spitting in the face of American liberties, preservation of life and respect for sovereignty. Such progressive/socialist initiatives and principles have been engendered to degrade traditional morality-based American Judeo-Christian values, and replace them with atheistic, amoral socialist/Marxist values. All in the name of the fear of traditional American values and principles and to advance their collectivist world view.

The unholy triumvirate of mainstream media control, Executive office and the 111th congressional leadership shines a spotlight on their Ameriphobia for all to witness. It illuminated their sinister Ameriphobic infection on American traditions and ideals. The treatment and cure is to extricate these bacteria from the American fabric and to do so in the best manner possible. That manner was best put forth by our founding fathers when devising our Constitution’s democratic-republic based electoral process, i.e., at the voting booth. An ironic twist for the American traditionalist to use the progressive/socialist’s favorite weapon of choice to subvert their Ameriphobic agenda. Hoisted by their own petard, indeed.
Posted by Dennis Gallagher at 12:32 AM

In the end, it should be the people who decide the direction of their country and therein lies the problem. I am very familiar with the dumbing down of America and the controlled media propaganda machine. As a result, I do not believe it is possible to convince a majority of Americans to accept or even understand the information you so eloquently created in your article, especially since it will require using logic & critical thinking skills. These skills are virtually non-existent in a major demographic portion of the general public. The globalist elite agenda with their puppet politicians and major media minions have created several generations of mind numbed idiots incapable of critical thinking.

They have been conditioned to respond in a similar way to Pavlov’s dog. They hear the word “racist” or some other such politically correct word and they simply respond without reason. Then we have the demographic group that is financially benefiting from the liberal agenda and to them, socialism is a panacea. The third group is not so easily identifiable. They are the “cognitive dissonance group”. The liberal agenda has been around long enough to have been adopted as a belief system by many of the middle age population. They will never admit, especially to themselves, that the belief system they have been using to direct their lives is somehow flawed. To admit their entire life has been basically a lie or misdirected is to painful to admit; therefore, they need to shield their psyche using the first phase of cognitive dissonance defense, which is denial.