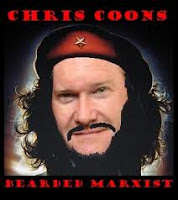 I've been a democrat for over 38 year, and I know the “progressive movement” is the root of all evil in American politics, a “cancer” and a “virus” and a “parasite” that has “infected” both the Democratic and Republican parties.

Deception, corruption, envy, greed, jealously, coercion, thievery and wholesale murder mark the existence of socialism in the world. Socialism in America is represented by the progressives in and out of government, primarily in the Democratic Party but extant in the Republican Party as well, only to a lesser degree. The true “Axis of Evil” in America, that threatens to destroy the most successful system of government in world history are the progressive politicians, public sector unions, and federal bureaucracies.

In other words, for a Progressive it is better to live in safety as a slave than to live in danger with Liberty. Progressives feel they are entitled to all of the best that life has to offer whether or not they contribute to their own success. Progressives are the cancer, the plague that could eventually destroy mankind and any remote concept of Freedom. Not to mention, the world economy and America as we know it.

Thank you, and God Bless our Constitutional Republic of the United States of America.