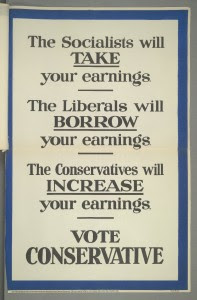 In Alexis de Tocqueville’s classic treatise Democracy In America he analyzed why the republican representative democracy has succeeded in the United States, while failing in France. However Tocqueville warned against America’s potential for its democratic-republic to morph into a “soft” despotic democracy organized through a hulking centralized government led by narcissistic leaders legislating a self-aggrandizing agenda.


Tocqueville expressed his caution by writing,

“…all the able and ambitious members of a democratic community will labor unceasingly to extend the powers of government, because they all hope at some time or other to wield those powers themselves. It would be a waste of time to attempt to prove to them that extreme centralization may be injurious to the state, since they are centralizing it for their own benefit.”

Tocqueville’s warning to America was ignored throughout much of the 20th and 21st centuries, as America permitted instruments of the progressive/socialist movement to infiltrate its system of government. This faction of legislators, jurists and interest groups strived tirelessly to undermine the canons of the American constitution and traditions by way of a leviathan-centralized government. Their authoritarian agenda, bordering on despotism, and faux beneficence to convert America into a social democratic welfare state is aligned with their collectivist worldview to perfect man. Social democracies, as Russell Kirk aptly described in his 1953 opus on the genealogy of the conservative movement The Conservative Mind, “does not so much choke freedom as it simply ignores freedom”.
In the Heritage Foundation editorial entitled , “Soft Despotism, Democracy's Drift: What Tocqueville Teaches Today”, Paul Rahe of Hillsdale College quotes Tocqueville’s ominous description of the aim and end game of the progressive/socialists mandate to shape and control lives,

“[The sovereign] extends its arms about society as a whole. It covers its surface with a network of petty regulations--complicated, minute, and uniform--through which even the most original minds and the most vigorous souls know not how to make their way past the crowd and emerge into the light of day. It does not break wills; it softens them, bends them and directs them. Rarely does it force one to act but it constantly opposes itself to one's acting on one's own. It does not destroy, it prevents things from being born, it extinguishes, it stupefies and finally, it will reduce each nation to nothing more than a herd of timid, and industrious animals of which the government is the shepherd.”

The progressive/socialist’s desire to convert America into a collectivist state is fueled by their insatiable appetite for tyrannical power, a “second providence”, if you will. Power to control the lives of the masses, and engineered through a gluttonous centralized government configured to homogenize man and excise individual passions and particularism. Tocqueville recognized the personality of the collectivist in Democracy in America by writing, “The pleasure it procures them of interfering with everyone and holding everything in their hands atones to them for its dangers”.
Through their efforts toward greater centralized government and power hungry efforts to “perfect” or level society, progressive/socialists have labored to obliterate the natural diversity that defines man and ignore man’s innate right to a full expression of his talents, freedoms and liberties. They desire to secularize and standardize America while endeavoring to undermine traditional American values, grounded in economic progress and safety, individual initiative and responsibility, moral order and the recognition and acceptance of the distinctiveness of man. Tocqueville’s quote in Democracy in America is prescient when he wrote,

“The very next notion to that of a single and central power which presents itself to the minds of men in the ages of equality is the notion of uniformity of legislation.As every man sees that he differs but little from those about him, he cannot understand why a rule that is applicable to one man should not be applicable to all others. Hence the slightest privileges are repugnant to his reason; the faintest dissimilarities in the political institutions of the same people offend him, and uniformity of legislation appears to him to be the first condition of good government.”

In order to finance their agenda progressive/socialists needed to enact a constitutional amendment allowing them the right to confiscate citizen’s earnings. They elbowed their bellies to the federal government cash bar parasitically appropriating the fruits of American capitalism through the passage of the 16th amendment, authorizing Congress for the first time to levy an income tax. Woodrow Wilson, the presidential father of progressive/socialists, then guided the first income tax act through legislation, the Revenue Act of 1913. To quote William Anderson from his “The Legacy of Progressivism”,

“The imposition of the income tax was a green light for unbridled growth of the central government by allowing politicians to confiscate willy-nilly the property of individuals — and especially the property of the most productive citizens.

Having the necessary funds, progressive/socialists over the last two centuries quickly cobbled an unfettered centralized government structured to hobble American individuality, freedoms, liberties, progress and exceptionalism funded by the sweat of American labor and enterprises. They arrogantly marched toward a world vision of egalitarian collectivism with their mission of “hoping to change” America into a mass of secular mediocrity and economic malaise, thwarting individuality, redistributing wealth, disregarding the will of the people and dismissing any notion of historic American exceptionalism. To wit, to create a society of victimhood and entitlement rooted in a faux beneficence. Hence, the famous quote attributed to Alexander Fraser Tytler, "A democracy cannot exist as a permanent form of government. It can only exist until the people discover they can vote themselves largess out of the public treasury."
The resultant upshot of the progressive/socialist legacy is carnage of mounting federal debt brinking on economic collapse, multi-trillion dollar entitlement programs, choking bureaucratic regulations suppressing business expansion, disregard for the constitutional principles of federalism, disdain for American sovereignty, weakened military resources, anemic foreign policies and a secular progressive derision of moral order.
The most egregious influence of progressive socialism on America is their advancement of a dependent civil society-- a classless, victim-based servile society that flouts man’s particularism and ingenuity, granting unconstitutional power to a few to determine the destiny of many. Walter Lippman, a contrite Progressive, stated as much when he said, “...nearly everywhere, the mark of a progressive is that he relies at last upon an increased power of officials to improve the condition of men”.
The progressive/socialist mission hit critical mass in the 2008 presidential election and Tocqueville’s predictive dangers of governmental consolidation tributaried in the names of the Obama, Pelosi and Reid regime. Congruent with the progressive/socialist’s fatally flawed instincts for impetuous social engineering and disregard for man’s uniqueness, American traditions and prudent thought, the Obama regime expedited through the progressive socialist democratic congress pernicious legislative changes that upended constitutional principles and congressional protocol, in the manner of backroom deals, midnight closed door meetings and kickbacks. This regime’s legislative motto is “pass it, then read it” and ignores prudent legislative deliberation aligned to constitutional principles to satisfy an irresponsible and expeditious progressive/socialist agenda.
This regime’s confluence of legislative efforts and philosophy are classically representative of the progressive socialist’s arrogant aura of superiority and indifference to rights inherent in the constitution and the particularism of man. They incredulously praise the litany of their repertoire of voluminous legislation as hallmarks of their regime. A body of work singularly designed to dismantle the political, social and economic fabric of America aligned with their regard for America as an unexceptional nation, which the Obama regime, in all its wisdom, will “perfect”. And at what price? The cost is dear--disregard for the will of the people, the principles of the constitution, individuality, introspection, prudence, historical prescription and generational economic ruin.
“Soft Despotism, Democracy’s Drift: Montesquieu, Rousseau, Tocqueville, and the Modern Prospect” by Paul Rahe describes America’s crisis of progressive/socialist’s effort to continue a burgeoning centralized government as the “French disease”. An asymptomatic disease that Tocqueville feared for his native France that has now infected America and saps them of their sense of particularism, individuality and freedoms. Rahe states

“...to an ever-increasing degree, our compatriots are subject to what Tocqueville described as "an immense tutelary power which takes sole charge of assuring their enjoyment and of watching over their fate." As he predicted, this power is "absolute, attentive to detail, regular, provident and gentle," and it "works willingly for their happiness, it provides for their security, foresees and supplies their needs, guides them in their principal affairs, directs their industry, regulates their testaments, divides their inheritances." It is entirely proper to ask whether it can "relieve them entirely of the trouble of thinking and of the effort associated with living," for such is evidently its aim."

In the wake of the 2010 mid-term election, Americans overwhelmingly repudiated the polices of the Obama regime with the GOP winning a net gain of over sixty additional seats in the House of Representatives, the largest gain for one party since 1948, and at least six in the Senate. Despite the elections historic and irrefutable rebuke of the Obama regime, one’s imagination is tested upon hearing President Obama and former Speaker of the House Nancy Pelosi continue to defend their legacies. Pelosi continues her power grab and was named House Minority leader despite her utterly failed leadership, tremendously low public approval ratings and leading her party to the most historic drubbing in the House of Representatives since 1922. And what was President Obama’s response to his mid-term “shellacking”? "It's a matter of persuading people. And giving them confidence and bringing them together. And setting a tone. And making an argument that people can understand."
A characteristic response in the parlance of the progressive/socialist. The imperfections of the American public failed to appreciate his omnipotence, however they did appreciate the pain his policies inflicted on them. Only progressive/socialist haughtiness or blind allegiance to their ideology can explain this remarkable squall of denial from these two ideologists.
This response is symptomatic of the progressive/socialist’s arrogant personality, character and utopian ideology. One which ignores thoughtfulness, prudence, prescription, constitutional principles and historical perspective. A blindly naïve, utopian and supercilious mindset that “knows best” and constantly endeavors to recklessly transform civil society’s landscape in their relentless pursuit to “perfect” and level man towards a classless, dependent, despotic social democratic welfare state. An egalitarian society purviewed by their self-imposed ruling class in the cockpit of a goliath, centralized government, all the while negating any respect for individual liberties, freedoms and the need for economic progress. Tocqueville sagaciously foresaw a regime such as Obama’s, one which is the zenith of an American social democratic welfare state, when he wrote,

“I am of the opinion that, in the democratic ages which are opening upon us, the individual independence and local liberties will ever be the products of art; that centralization will be the natural government”.