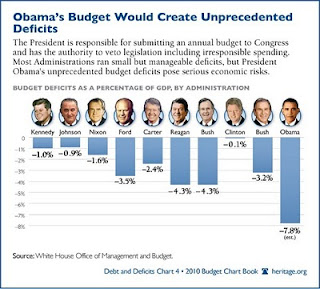 James Madison wrote in Federalist Paper No. 45, which was entitled "The Alleged Danger From the Powers of the Union to the State Governments Considered",

"The powers delegated by the proposed Constitution to the federal government are few and defined."

It is an understatement to assume that America’s fourth President would never have envisioned the costly and intrusive bureaucratic matrix of America’s current political system. The federal government and its regulatory agencies have grown to leviathan heights, which I coin as Leviathan Government Syndrome or “LGS”, and it’s intrusion into the lives of all Americans has hit critical mass.

Aside from the unprecedented American public debt, now at $14 trillion, stemming from LGS that warrants it being categorized as a national security threat, systemic LGS has infected the American system of government to the degree that it is questionable whether its’ public benefits outweigh its enormous costs. LGS also dangerously encroaches on the bounds of the Constitution’s enumerated federal government powers and the inherent rights of the people expressed within the Constitution.

The disease of LGS is widespread and its numerous examples are out of scope for this essay. However, by way of example, the following is an illustration of the severe challenges and concerns surrounding the current state of the public administration of American governance and it has to do with street signs, yes, street signs. Todd Thurman of the Heritage Foundation reports that the Obama administration has decided to force all communities to replace their street signs, even if they are not broken, in order to comply with the new 800 page “Uniform Traffic Control Devices”. This street sign example beautifully signifies the bureaucratic waste that has culminated to date in the federal government, affecting even local community jurisdiction. However, the most recent highest profile case receiving international attention was the federal bureaucratic bumbling surrounding the resolution of the BP oil spill under the Obama administration.

Past administrations, both democrat and republican, are culpable for propagating LGS. However the current administration is the most egregious offender of LGS and one could presume that it has hit critical mass under its watch. To support this hypothesis, in the first 19 months of the Obama administration, the federal debt held by the public increased by $2.5260 trillion, which is more than the cumulative total of the national debt held by the public that was amassed by all U.S. presidents from George Washington through Ronald Reagan and the number of federal government employees under the Obama administration has, for the first time, exceeded two million employees, topping out at 2.15 million employees in 2010. The Obama administration’s cornerstone legislation (and questionably constitutional) Patient Protection and Affordable Care Act alone will introduce 159 new governmental agencies and will require hiring 12,500 IRS agents at an annual cost of $1 billion a year over ten years to enforce the legislation. And finally, under this administration, rules and regulations now cost Americans $1.75 trillion each year, according to a study conducted by the Small Business Association.

One can also cite the Carter administration’s creation of the Dept. of Energy in 1977 in the wake of the 1970s energy crises as another example of a well intended federal bureaucracy that is symptomatic of LGS. When President Carter announced the formation of the DoE its mission was to reduce dependence on foreign oil. However, this lofty goal has woefully missed its mark. Since the agency’s inception over three decades ago oil imports have risen, domestic oil production has declined, U.S. oil and gasoline consumption is up and gasoline prices have risen. Then what benefits has the U.S. taxpayer garnered from the DoE in over thirty years? A tripling of an annual taxpayer funded budget that ballooned from $8.4 billion in fiscal year 1980 to $26.5 billion in fiscal year 2010 and, for that tremendous bureaucratic cost, a dismal track record to reduce foreign oil dependence and consumption.

Republican Executives in the White House are also blameworthy of LGS. The George W. Bush administration had massive federal government expansion and its efforts toward LGS are well documented. The Economist wrote,

“George Bush did not even go through a prudent phase. He ran for office believing that “when somebody hurts, government has got to move”. And he responded to the terrorist attacks of September 11th 2001 with a broad-ranging “war on terror”. The result of his guns-and-butter strategy was the biggest expansion in the American state since Lyndon Johnson’s in the mid-1960s. He added a huge new drug entitlement to Medicare. He created the biggest new bureaucracy since the second world war, the Department of Homeland Security. He expanded the federal government’s control over education and over the states.”

The above examples illustrate that America’s LGS is non-discriminatory in its tentacles of geographical reach. Its range affects local, national and international communities. This LGS phenomenon begs the following questions; how did it start, what promulgated it, what are the solutions and should resolution be viewed in light of constitutional canons?

The LGS phenomenon has its beginnings with FDR’s progressive New Deal “welfare state” plethora of agencies such as Social Security administration, the Tennessee Valley Authority, the Federal Trade Commission, and the Federal Deposit Insurance Corporation, wherein the federal government assumed the major responsibility for the well-being of the people.

President Lyndon Johnson expanded on FDRs “welfare state” philosophy with his Great Society programs of Medicare, Head Start, the Job Corps, and the Office of Economic Opportunity. President Nixon also contributed to America’s LGS by forming the Environmental Protection Agency and the Occupational Safety and Health Administration. This trend has continued up to the current Obama administration’s largess of federal agencies, bureaucrats and Executive office czars, which do not require congressional oversight or approval and now number at least thirty. The buildup of LGS is also due to the creation of numerous national security agencies, however most of LGS is attributable to the creation of numerous “welfare state-based” domestic agencies as an outgrowth of FDRs New Deal governance philosophy, i.e., the “welfare" or "nanny" state.

Solutions to understanding the complex interplay and management of LGS have been proffered from a foreign policy perspective by Rebecca Hersman in her book "Friends and Foes: How the President and Congress Really Make Foreign Policy". Miss Hersman identifies five key areas for controlling and understanding how the Executive and Legislative branches operate within the foreign policy area: the informal universe, individualized power, issue leaders, institutional overlap and issue clusters. Her solutions identify the myriad of bureaucratic appendages that contribute to fashioning comprehensive foreign policy between the two branches.

More directly leveled at the overall LGS problem is discussed by Joel D. Aberbach and Bert A. Rockman in their book “In The Web of Politics”. In their book they attempt to sort out the responsiveness of federal employees supporting the Executive branch, public perception of government and the challenges career civil servants face contending with the federal government matrix. Toward that end they pose the question for federal government inefficiencies by asking, “are good people trapped in bad systems”? After reviewing two seminal reports of government employee morale, systems and efficiency, namely the Volcker Commission and the American National Performance Review, the authors conclude that it is not a people or a systems issue that causes LGS. The problems lie with the politicians. Politics and policy are more often at the core of the controversy, and administrative reform is not likely to cure that. The authors state that

“…the problems that reinvention proclaims it will solve through administrative means are mainly problems created by the political decisionmaking process.”

With all due respect to authors Hersman, Aberbach and Rockman, the solutions to LGS are not in understanding, reforming or reinventing the federal bureaucracy. The true solution lies in a reaffirmation of the limited constitutional powers granted to the Legislative and Executive branches, as enumerated in Article 1, Section 8 and Article II of the Constitution, respectively, which are grounded in Madison’s concepts of federalism.

But those concepts have been highjacked by a 20th century collusion of progressive socialist ideologies between the Legislative and Executive branches. An ideology which espouses that the federal bureaucracy is the solution to perfecting man. The progressive socialist ideological collusive efforts between these two branches of government is the sole reason for the proliferation of LGS.

Therefore we have come full circle to Madison’s reflections in Federalist Paper No. 45. Through this solution therein lies a return to the Founder’s conception for American governance. One which incorporated a double check on powers, recognizing the horizontal separation of power between the three branches of government and the vertical separation of powers between the states and the federal government. A Founders concept simple to comprehend, but given the proclivity, momentum and collusive efforts toward political progressivism in the federal bureaucracy LGS will be a very complicated syndrome to resolve.
Posted by Dennis Gallagher at 11:47 AM