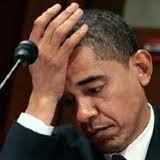 Osama bin Laden, the first mass murderer of the 21st century, is dead and the planet is markedly improved by relieving itself of such poisonous fecal matter. Under President Barack Obama’s orders bin Laden was killed in a Pakistan compound 100 yards away from a military base by one of our valiant military units, the Navy Seal team 6, in one of the greatest displays of American military courage, precision and execution. Not a surprise given that America has undoubtedly the finest, bravest and most well trained military in the history of the world.
But doubt did rest as to whether President Obama would have ever authorized such a mission whatsoever, not to mention approving it under the circumstances in which it was executed. In fairness the President should be congratulated for authorizing such a bold and risky raid resulting in complete success with no U.S. military casualties. But America’s surprise and glee over the death of bin Laden is matched by their scratched headed stupefaction that this President conceived such a hawkish mission. This is the stuff of Reagan, Bush 41 and Bush 43 unilateral militarism; not the Obama era of UN approved U.S. engagements.
The very same President who condemned the Bush policies of covert intelligence techniques, techniques which ultimately led to finding bin Laden, authorized a hawkish and covert mission to kill the world’s senior terrorist leader who resided in a well fortified compound near a military base in Pakistan, an ambiguous ally that was not aware of nor approved the President’s mission. How do American’s square this parallax view of the President?
Two articles surfaced recently that attempt to explain, or in actuality apologize, for the President’s perplexing leadership style. The first apology came by way of Dana Milbank in the Washington Post entitled “Obama, lost in thought”. He puts the President on the couch, as it were, and attempts to rationalize Mr. Obama’s inability to elucidate any coherent semblance of a vision, strategy or doctrinaire that are emblematic of successful president’s leadership.
Milbank explains Obama’s incapacity to lead by excusing him as “enigmatic and thoughtful” (code for confused) and qualifies Obama’s leadership shortcomings due to his, get this, “integrative complexity”. Translation, he’s just so damn smart and erudite balancing multiple options and outcomes in his head he gets in his own way. What a curse!
Milbank drones on in his smoke and mirrors piece by ostensibly attacking former President George W. Bush’s intellect by contrasting Obama’s complex mind with the former President’s “simplicity” of thought. Translation, the former President actually had the leadership skills to communicate an agenda to the public.
Milbank even goes as far to enlist the help of three academic psychologists and behaviorists to defend his disingenuous theory. Milbank’s entire piece smacks of a defense attorney attempting to get his client off after the jury has seen the video of him committing the crime.
The second article in the vein of Obama apologetics was composed by Ryan Lizza in The NewYorker entitled “The Consequentialist, How the Arab Spring remade Obama’s foreign policy”. Lizza’s piece is a bit more redeeming than Milbank’s in that Lizza chronicles through interviews Obama’s background, influences and thought process that led to his confounding approach to foreign policy.
Lizza reports one of the President’s advisors describing Obama as “leading from behind” and has the President’s aides describing his leadership style as that of a "consequentialist; “an anti-ideological politician interested only in what actually works”. Is this to mean the President is a consequentialist in the sense of utilitarian socialists such as Jeremy Bentham or John Stuart Mill who advocated the "greatest happiness for the greatest good"? Mill advocated that man should sacrifice economic growth for the sake of the environment and should limit population as much to give breathing space as in order to fend off the risk of starvation for the overburdened poor.
How comforting to know that the President’s closest advisors qualify his leadership style as paralleling history’s leading socialist thinkers. A President who employs pragmatism in place of constitutionalism and Benthamic utilitarianism in place of America’s First Principles. Such a claim is not exactly the classic image of the American visionary president.
Both apologist theses define leadership down with the takeaway that President Obama has no discernable inherent leadership capabilities that even hint at an indulgence for the Constitution, America’s First Principles, or preserving American historical values. These are the guiding lights that American President’s look to for ensuring America’s success.
So the President suffers from “integrative-complexity”, “consequentialism” and “utilitarianism”. In today’s parlance these mean that the President is a “gamer”. The torch for leadership that President Obama holds is that of a game theorist, which is his singular leadership trait. He directs his presidency with the inanimacy of a mathematical software program designed to produce zero sum outcomes; winners and losers with an equal sharing in the gains and losses (hence, his famous utilitarian egalitarian "share the wealth” comment).
Game theory may be an excellent skill for the national security analyst, but American presidents are expected to lead America towards a non zero-sum result of American hegemony. President Obama’s style may be through-and-through pragmatic, which is one trait emblematic of successful Presidents, but he is woefully deficient in other valuable skills necessary to lead through America’s complexities.
Presidential historian Robert Dallek maintains there are five inextricably linked categories by which to measure an effective president. He categorizes them as vision, pragmatism, consensus-building, charisma, and trustworthiness. Dallek states that,

“each of these political practices connects to and builds upon the other. No president has distinguished himself simply by being a visionary, or a good practical politician, or a charming, trustworthy reflector of national views. it would be reductionist to suggest that any of them stand alone. Can there be consensus without vision or political compromise? Can there be trust without popular appeal or vice versa? Like history itself the elements of presidential effectiveness form a seamless web.”

The demands of American presidential leadership is rarefied air and insist on a delicate balance of multiple capabilities. These capabilities are the defining traits necessary to lead through the myriad of challenges to sustain America’s ethos that it’s allies revere and our enemies fear. America demands a president that is venerated for their cogent leadership; not one that begs apologies for their utilitarian gamesmanship.
Posted by Dennis Gallagher at 8:45 AM