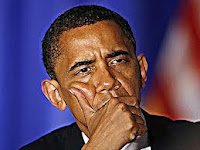 President Obama is flat out of ideology. That burning sensation in your ears that happened on the evening of Sept. 8th between 7 and 8PM EST wasn’t acid reflux from gulping your dinner in anticipation of watching the first game of the NFL season between the Packers and Saints (of which the Pack won making it the bright spot of the evening). It was the searing anguish of listening to our President harp, carp, bully, plead, whine and wail about his déjà vu jobs package before a joint session of Congress.

The President’s address was ostensibly a jobs speech, but in reality it was nothing more than a self-centered appropriation of congressional time and money to deliver a campaign speech, applying tired economic rhetoric at the taxpayer’s expense to help revitalize his tumbling approval ratings. He traipsed out before America the same old, same old brazen Keynesian ideology that has proven over and over again to fail at stirring economic growth and employment.

The President’s first spending, aka stimulus, bill in February 2009 was an $860 billion version of an economic Edsel that promised unemployment to level out at 8% by the end of 2009; America now lingers in mid-September 2011 with 9.1% unemployment. The solution? In keeping with Einstein’s definition of insanity the President stupefyingly comes to the American public with a novel solution-- “son of stimulus”.

Stimulus, Jr. comes in at a price tag of $450 billion. America recently experienced a painfully protracted debt ceiling dispute due to reckless spending levels and irresponsible national debt management on the part of the President and the 111th Congress’ democratic leadership culminating in a reduction in America’s sovereign credit rating, but the Presidents’ solution to America’s unemployment woes is to spend another $450 billion!

Stimulus, Sr. was a disaster of grand proportions that left the economy with a growth rate just a fraction above 1 percent, nearly 2 million fewer Americans working, an unemployment rate 1.3% higher than when the President took office and added close to a trillion dollars to the national debt. In fact, as the Weekly Standard reports, the White House’s own Council of Economic Advisors chronicled the alleged success of Stimulus, Sr. in adding or saving jobs. The council reported that Stimulus, Sr. added or saved just under 2.4 million jobs at a cost of $666 billion. That’s a cost to taxpayers of $278,000 per job. In other words, the government could simply have cut a $100,000 check to everyone whose employment was allegedly made possible by Stimulus, Sr. and taxpayers would have come out $427 billion ahead.

Stimulus, Jr. is of the same economic DNA as it’s elder and will bear as little fruit if legislated into effect in its entirety, which is doubtful given its very lukewarm support. The GOP has exposed Stimulus, Jr. as a rehash of Stimulus, Sr. and Senate democrats Jim Webb and John Kerry are on the record demeaning its merits.

It is time to dispense of the attacks on the President’s failed economic policies, an easy target though it is. Perhaps he has surrounded himself with a crop of bad influences (Pelosi, Reid, Krugman et alia). In this spirit I submit a short letter to the President to introduce him to a new way of thinking, and to a new friend.

Mr. President you have drained the well of Keynesian theory and the water is toxic. It is time for you to discard your ideological Keynesian canards and open your mind to Hazlitt’s horizons, Henry Hazlitt that is. I would like to introduce you to Mr. Henry Hazlitt, the author of a little book in size but vast in common sense entitled Economics in One Lesson which was published in 1946 at a time of rampant statism at home and abroad, which you must admit is a very familiar scenario that continues to this day. Mr. Hazlitt’s book has sold nearly one million copies, is available in at least ten languages and has taught millions the disastrous consequences of putting government in charge of economic life.

With all due respect, you are in dire need of economic enlightening and Economics in One Lesson is considered one of the most comprehensive, concise and common sense contributions to the theory of how the free market system is the only system that will create full production, economic growth and, consequently, near full employment.

Mr. Hazlitt’s book debunks the myths and fallacies of Keynesian economics and government interventionist spending as the “get something for nothing” theory and details how such policies lead to calamitous results. How prophetic that his book foretold the disastrous effects of your economic polices that we witness today. In the interest of time simply read Chapter Two of Mr. Hazlitt’s book where he uses the famous “broken window” metaphor to crystallize the errors inherent within your economic proposals.

In closing, I suggest you heed the words of Mr. Hazlitt when he said, “The art of economics consists in looking not merely at the immediate but at the longer effects of any act or policy." At this juncture Mr. President you couldn’t find better advice; and in Mr. Hazlitt your couldn't find a better new friend.

Posted by Dennis Gallagher at 1:10 PM