AMERICA'S QUEST FOR THE PRUDENT PRESIDENT 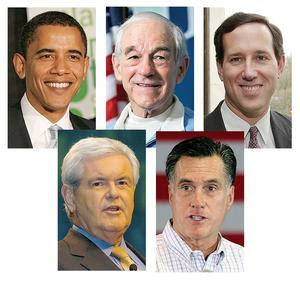 The multiplicity of challenges that confront an American President animate Murphy’s Law, to wit, "anything that can go wrong will go wrong". This adage should be indelibly ingrained in the Oval office ceiling a la Michelangelo’s Sistine Chapel fresco. In fact I suggest an amendment to Article II, Section 4 of the Constitution to state, “Any attempt to remove this warning from the Oval office ceiling is an impeachable offense”. This eccentric effort to caution America’s chief executives of the perils of the job may seem a smidgen overzealous, but it’s energy emanates from the seeming lack of prudentiality exhibited by the current occupant of America’s highest office.

If there is one quality that is essential for American Presidents to inhabit it is the virtue of prudence. Prudence is one of Christianity’s four cardinal virtues along with justice, fortitude and temperance. Prudence is known as the “mother” of all the virtues since it is both a moral and intellectual virtue and is considered the measure of the three other cardinal virtues. A prudent person recognizes their moral duty and the good means to accomplish it. They know the good and they do the good. St. Thomas Aquinas succinctly defined prudence to be “right reason in action".

Prudence is elevated as the supreme virtue endemic to the true statesman and for maintaining good government. To quote Russell Kirk from his book “The Politics of Prudence”,

“To be “prudent” means to be judicious, cautious, sagacious. Plato, and later Burke, instruct us that in the statesman, prudence is the first of the virtues. A prudent statesman is one who looks before he leaps; who takes long views; who knows that politics is the art of the possible.”


Prudence was distinguished by our founding fathers as the beacon for maintaining a stable government and ordered society. They memorialized this belief in the preamble to Declaration of Independence wherein it states, “Prudence, indeed, will dictate that governments long established should not be changed for light and transient causes”.

If the prudent person is one with the acuity to govern and lead through responsible deliberation and ethical and moral action, then the American presidency, due to its supremacy over economic, military and global affairs and it’s influence in societal mores, is the public office most demanding of this virtue. But prudence is surely not a ubiquitous characteristic that is readily representative in every sitting President or any given crop of presidential candidates. It is a virtue acquired and perfected by experience, and it is woefully absent in the character of America’s current chief executive.

President Obama’s apologists will deem his policy failures as a result of his inexperience or perhaps the misfortunes of an inherited economic calamity. Nevertheless his record as chief executive is an example of manifest imprudence rife with carelessness and partisanship bordering on the corrupt and the criminal. President Obama’s policy failures have taken America on the road to Avernus with his two-pronged strategy of (1) economic bankruptcy and (2) undermining America’s First Principles and the Constitution.

The litany of President Obama’s offenses is extensive, but among the nefarious accounts are his efforts to rectify a damaged American economy through a taxpayer-funded trillion dollar stimulus package rife with political cronyism; circumventing constitutional authority and congressional oversight by appointing a plethora of presidential czars; appropriating a sixth of the American economy through constitutionally-challenged health care reform; pitting state against nation on health care reform and immigration enforcement and citizen against citizen with his class warfare rhetoric. He ordered the Justice department to not defend federal statutes (DOMA) and abandoned America’s allies in Eastern Europe (Poland and Czechoslovakia) and the Middle East (Israel). While the world awaits a cogent foreign policy doctrine amidst global Arab uprisings and terrorist-state nuclear development President Obama tramples on the sacrosanct First Amendment rights of the Roman Catholic Church.

It is not simply President Obama's wrongheaded public policy that is troubling, but his honest disdain for those who venerate a divinity. He was recorded for posterity when he sarcastically described a faction of the electorate that “…cling to guns or religion”, attacking not only their belief systems but also their constitutional rights under the First and Second Amendments.

This is hardly the stuff of the prudent leader. No, these are not the missteps of inexperience or the product of a legacy presidency. These are the results of the careful planning of a foolish, close-minded and stubbornly selfish collectivist ideologue unwilling to recognize his mistakes and their lasting effects on the society he has sworn to defend and protect.

Of all the necessary leadership traits for an American President prudence is paramount since it fuses wisdom with good governance, and if not Mr. Obama to inhabit this virtue then who? As America faces the 2012 presidential election it approaches a crossroad of choices for the country’s direction and prudence is the virtue of choice for presidential consideration.

The GOP candidates vying for their party’s nomination certainly trump Mr. Obama in terms of experience in governance. The question remains as to whether they possess the prudence to govern in a wise and good fashion. The sheer magnitude of this question should cause the electorate to look within themselves and introspectively search their very souls for prudence when selecting America’s next President.
Posted by Dennis Gallagher at 9:07 AM