CONSERVING THE MORAL IMAGINATION THROUGH A LIBERAL EDUCATION 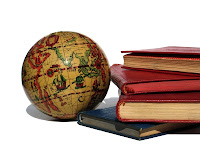 “The primary purpose of a liberal education, then, is the cultivation of the person’s own intellect and imagination, for the person’s own sake. It ought not to be forgotten, in this mass-age when the state aspires to be all-in-all, that genuine education is something higher than an instrument of public policy. True education is meant to develop the individual human being, the person, rather than to serve the state. We tend to ignore the fact that schooling was not originated by the modern nation-state. Formal schooling actually commenced as an endeavor to acquaint the rising generation with religious knowledge: with awareness of the transcendent and with moral truths. Its purpose was not to indoctrinate a young person in civics, but rather to teach what it is to be a true human being, living within a moral order. The person has primacy in liberal education.”

The above is an excerpt from an essay by Russell Kirk entitled “The Conservative Purpose of a Liberal Education”, which is included in his collection of lectures entitled Redeeming the Time. Dr. Kirk’s core message on the purpose of higher education could be summarized as the acquisition of “intellectual virtue”, in the Aristotelian sense. Aristotle’s intellectual virtue is the combination of theoretical wisdom about what is true and practical wisdom of what is good. If higher education achieves this end it promotes an ordering of the mind and the soul and contributes to an ordering of government and civil society.

Dr. Kirk’s omnipresent perspective on higher education was for it to first improve the self by gaining wisdom beyond the need to “get and spend” things. Second, to encourage one’s mind, character and imagination to develop strong moral principles and habits. He believed that this second benefit is critical to the preservation and advancement of society and for the development of moral leadership within the Republic. He also believed that the most efficacious means to that objective was through a liberal arts education.

Dr. Kirk’s attitudes on higher education were undoubtedly formed by his lifelong commitment and belief in a tradition of learning steeped in the liberal arts and dedicated to the development of moral enlightenment. But he also saw advantages and nobility to education focused on learning a trade or skill with an end goal of gaining employment and contributing to the gross national output of goods and services. However he did not believe that the function of higher education was to churn out technicians that would solely serve the needs of the utilitarianist; trade schools, apprentices and on-the-job training programs would suffice quite nicely towards that end.

David G. Bonagura, Jr. in his essay entitled “The Sword of Education” published in The University Bookman recounts Russell Kirk’s first essay on the topic of education. It was published in The South Atlantic Quarterly in 1945 as a response to the claim of a Johns Hopkins professor that the United States should forsake the humanities in wartime. Kirk, then an army sergeant, described in his essay entitled “A Conscript for Education” the necessity of the liberal arts for ordering the soul and the commonwealth, even during wartime:

The liberal education offers the grounding in ethics, religion, literature, history, economics and the other plurality of social sciences concerned with society and human behavior. America’s founding documents which capture the essence of humankind’s natural rights, laws and the rules for good government were inspired by men who were educated in classical thought, language and culture and inculcated themselves in the history of past governments; those that flourished and those that failed. The liberal arts provided the founders the needed lessons to forge the world’s most enduring and moral government. Through the study of the liberal arts America’s founders uncovered the keys to the American cause, i.e., order, freedom and justice.

The liberal arts are the educational instruments that stimulate the intellectual virtue of humankind and develop what Edmund Burke referred to as the “moral imagination” in his Reflections on the Revolution in France. Space does not permit a detailed discourse on Burke’s moral imagination, but most Burke scholars would accept the moral imagination to be the highest plane of moral behavior manifested in civilized society, sustained by the spirit of religion and a system of manners. Dr. Kirk justly encapsulates the moral imagination in the following passage,


“By this “moral imagination,” Burke signifies that power of ethical perception which strides beyond the barriers of private experience and momentary events “especially,” as the dictionary has it, “the higher form of this power exercised in poetry and art.” The moral imagination aspires to the apprehending of right order in the soul and right order in the commonwealth. It is the moral imagination which informs us concerning the dignity of human nature, which instructs us that we are more than naked apes.”

The naysayers to a liberal arts education may dispute its practicality in today’s society of challenging employment opportunities for college graduates. This is a duly noted concern, but the goal of higher education is not to create jobs or trim the unemployment rolls. Educators are not trained or equipped nor do they have the necessary resources to guarantee graduating classes that find full-employment. If full-employment is the end game for a higher education then society should simply abandon the notion of a college and university and ubiquitously adopt the McDonald’s training model of “Hamburger University”.

There are also those who fear the dreaded doctrinaire progressivism advanced by the plethora of ideologically “progressive/liberal” educators in our halls of higher learning. A well-founded fear, but the mainstay of a liberal education is to develop the critical thinking skills to challenge the viability of the newfangled political and cultural fashions, fads and appetites of the day, testing them against the virtues, values and principles extolled by our ancestral wisdom. To quote Dr. Kirk, “Liberal education is conservative in this way: it defends order against disorder.”

In the book Napoleon in His Own Words: From the French of Jules Bertaut Napoleon venerates the imagination by saying, “What power there is in imagination in the imagination of men”. The wisdom of our ancestors echoes to this day the need to conserve the moral imagination. An imagination that is best conserved through a liberal education.
Posted by Dennis Gallagher at 9:00 AM