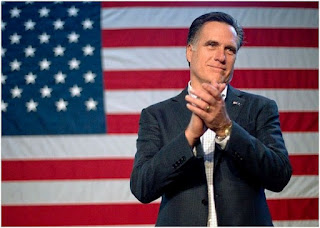 If, to paraphrase Mark Twain, “the clothes make the man” then the speech defines the politician. It’s the memorable speech that irradiates the soul of the statesperson lighting the way for the electorate to view their heartfelt ideals. The rousing speech paves the path for the politician and the constituency to finally bond as one toward a common goal.

In the annals of notable politicos they are known as much, if not more, for the resplendence of their speeches as they are for the legacy of their policies. Lincoln’s Emancipation Proclamation would have been a naked presidential order without the adornment of his Gettysburg address. Would Churchill have instilled the confidence of the British to thwart Hitler’s advances without his stirring maiden address to the House of Commons claiming “It is victory, victory at all costs, victory in spite of all terror, victory, however long and hard the road may be; for without victory, there is no survival”? Perhaps John F. Kennedy’s creation of the Peace Corps would have fell flat as just another humanitarian bureaucracy without his infamous call to public service wherein he stated, “ask not what your country can do for you, ask what you can do for your country.” Now it’s time for candidate Mitt Romney to deliver THE speech that will define his presidency--the speech that is his “pitch for America”.

Governor Romney’s strategic message is an easy choice, to wit, leadership for a unified America, and he can thank President Obama for that beneficence. The President has been on a class warfare tear hell bent on turning American against American and a mission of revisionist constitutionalism ever since his inauguration. The President’s apologists refer to his leadership style as “leading from behind”, an aphorism for no leadership at all. The country has borne the economic and social brunt of a President more interested in gutter, Alinsky-like political ploys to force feed America his collectivist/socialist ideology than guiding America to maximize it’s unique potential granted by the Declaration’s First Principles.

If Governor Romney’s pitch for America should be a declaration of sound solutions, unification and leadership, its theme and tone should be one of renewal, love and regard for America. The former is the medicine America craves to heal its wounds caused by the Obama regime’s ineptitude and divisiveness; the latter is the soothing balm to relieve it’s pain induced by the President’s rhetorical contempt for the country he is sworn to serve.

Effectuating such a speech is accomplished by drawing images of assuredness and opposites. Candidate Romney must convey that as President he will not only be the executive solution to renew the electorate’s confidence in America, but he will galvanize Americans to unite to renew their faith in America’s declaratory cause of order, freedom, justice and opportunity for all and respect for the Constitution’s precepts. His must express that he will be the President of all Americans, not an arbitrary percent. He must also promise that as President that he will represent America to the world as the most exceptional and most gracious country in the history of humankind, a matter of fact not opinion. If President Obama is known as America’s “Detractor-in-Chief” then candidate Romney must pledge that he will be America’s “Admirer-in-Chief”.

So let’s get to it. The following is my personal contribution for candidate Romney’s soon-to-be infamous pitch for America speech entitled “America the Family”.

America to me is a family. America is a family comprised of friends, neighbors, loved ones, colleagues at work, school and places of worship. America is a family of all races and religions, origins and beliefs, ages, shapes and sizes. America’s family includes the wealthy and the not so wealthy, and the worker and the unemployed searching for an honest wage.

America is a family of those who have met, those who have yet to meet and those who may never meet. America’s family is a multitude of many united with a common goal to preserve an ordered, just and free society that is endowed with our natural birthrights of life, liberty and the pursuit of happiness affirmed in our Declaration of Independence and governed by the authority granted by our Constitution. Because of these affirmations others throughout the world have chosen to come to America to make it their home and join it’s family, and America has always welcomed such participation in compliance with it’s laws.

Every family aspires for stability, unity, mutual respect, acknowledgment, support, and affection among its members. America’s family is no different. To me America’s family reveres its founding documents as its core principles to light its path toward these noble aspirations for all Americans- not just for a class, or for a percent or for a faction of Americans. America’s family respects the rule of law and by doing so affords everyone the freedom and equal opportunity to reach the pinnacle of their chosen field; America’s family allows everyone to practice their chosen faith unencumbered by statist intervention or disrepute; America’s family respects the unfettered right of everyone to own and retain personal property without statist interference or admonition. Our founding documents ensure that America’s family is allowed to flourish in a society where everyone has the equal opportunity to compete in whatever arena they please within the margins of law, reap the fruits of public admiration or monetary gain, and to do so without the fear of governmental reprisal or a politician’s rebuke, yes, even one that is a sitting President.

But the current presidential administration has undermined America’s founding principles and overreached its constitutional limits. President Obama’s class warfare divisiveness has pinned American against American and his policies have caused this family we call America to suffocate in a sea of discontent and disenchantment; President Obama’s policies of pervasive collectivism and massive governmental regulation are crushing America’s enterprising spirit; President Obama’s disdain for or ignorance of America’s free enterprise system, the economic engine of America, has inhibited innovation, stunts economic growth and catalyzes unemployment; President Obama’s reckless, irresponsible and unchecked spending sprees are a national security threat causing America for the first time to compromise it’s credit standing in the world; President Obama’s insatiable drive to dictate and mandate America’s health care system flagrantly disregards America’s constitutional principles by infringing on the sanctity of religious freedom by coercing the Catholic church to comply with his health care regulations and is an assault on personal liberties forcing Americans to purchase a product under threat of fine and imprisonment, all the while granting waivers for the same to his political allies. And President Obama’s apathetic attitude toward foreign policy has emboldened America’s enemies and thrust its allies into harms way.

My family of America is first in class in the world. The America that nurtured the independent spirit that revolutionized and advanced the world’s well being through pioneering and groundbreaking ideas in the field of commerce, science, engineering, medicine, education and the arts. My family of America accomplished these feats because it was free to express its God-given talents, not because some governmental bureaucrat ordered it.

No, this is not my family of America. It is unrecognizable; it is dysfunctional; it is uninspiring; it is depressing. President Obama has been characterized by his own supporters as someone who “leads from behind”, which explains why the family I call America has been left behind on so many fronts over the last three years. America’s family has the greatest pool of talent in the world, the greatest sense of generosity in the world and the greatest collection of resources in the world. But under President Obama America’s resources have been repressed and reduced to a plaything to satisfy his selfish personal world vision.

America’s family is resilient, strong in character, and rich in resources. It realizes it’s place in the world and eager to break from the shackles of the oppressive Obama regime that has undermined it’s potential. But like any family it needs a strong leader to forge the way. I have the executive leadership experience, the successful business and governmental track record and, most importantly, the love, affection and understanding of how great America is to lead America’s family out of the cold, dank wilderness of the Obama regime’s oppressive, bureaucratic class warfare ridden malaise back to the warm, soothing sunlight of its natural birthright that unifies all Americans—life, liberty and the pursuit of happiness. I, as your President, will govern for all Americans, not a class or a percent. I, as your President, will respect our natural birthrights and respect our Constitution. I, as your President, will not suppress the God given gifts inherent to America’s family, but welcome an unleashing of our remarkable talents. I, as your President, will lead that charge, forge the way, serve you by clearing out the wilderness we are in and reopen America’s pathway to glory and excellence.

The 2012 presidential election presents a critical decision for America’s family. Do we move forward with a full expression of American exceptionalism or backward to the Obama America of mediocrity, melancholy and critique? I say we move forward hand in hand, one family, united with a purpose to fulfill our birthrights and our potential, and I am honored, humbled and proud to have the opportunity to serve all Americans toward that end. The future of America’s family is at stake. Let’s work together united as one family to fulfill America’s promise for all. Thank you."

Posted by Dennis Gallagher at 2:30 PM

Mitt has shown some good backbone and some intelligent tactics when it comes to fighting the Obama machine. Conservatives like a fighter and will go to bat for him as long as he continues down that path.

Mitt gets better each day. His best strategy is to simply let King Obama implode. The emperor has no clothes.