OBAMA'S BROAD COALITION OF ONE TO FIGHT ISIS 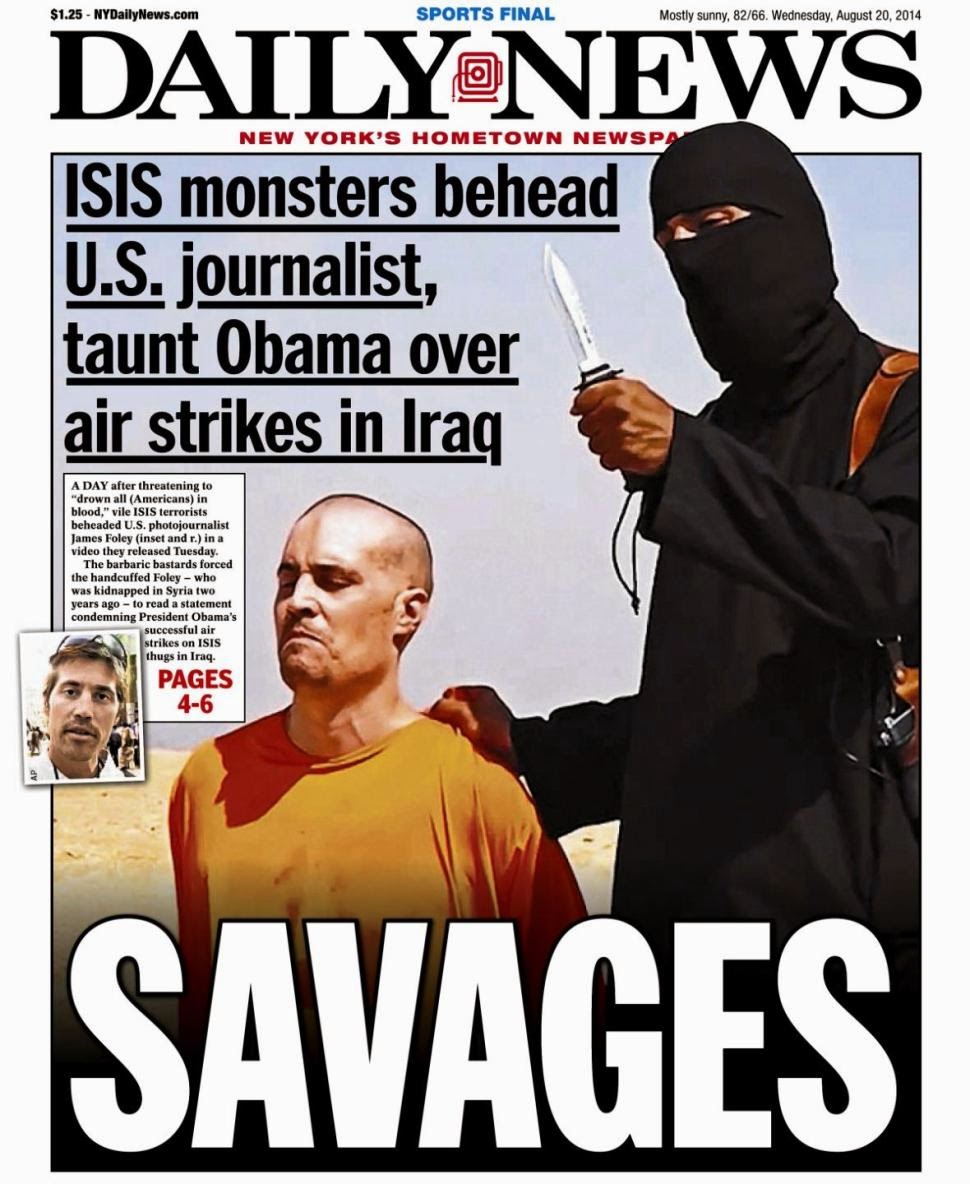 
With great fanfare and a nationwide, prime time presidential address to the American people President Obama announced the formation of a "broad coalition" that would wage war together to destroy the Islamic State also known as ISIS or ISIL. Although few other details were given about the coalition, a senior administration official said on Wednesday "we are very confident that this will be a broad-based coalition with countries from the Arab world, from Europe, but also other key allies around the globe, like, for instance, Australia, which has joined us in humanitarian airdrops already in Iraq; or Canada, which has already put advisers on the ground."

First, we will conduct a systematic campaign of air strikes against these terrorists. Working with the Iraqi government, we will expand our efforts beyond protecting our own people and humanitarian missions, so that we’re hitting ISIL targets as Iraqi forces go on offense. Moreover, I have made it clear that we will hunt down terrorists who threaten our country, wherever they are. That means I will not hesitate to take action against ISIL in Syria, as well as Iraq. This is a core principle of my presidency: if you threaten America, you will find no safe haven. …
This is our strategy. And in each of these four parts of our strategy, America will be joined by a broad coalition of partners. Already, allies are flying planes with us over Iraq; sending arms and assistance to Iraqi Security Forces and the Syrian opposition; sharing intelligence; and providing billions of dollars in humanitarian aid. Secretary Kerry was in Iraq today meeting with the new government and supporting their efforts to promote unity, and in the coming days he will travel across the Middle East and Europe to enlist more partners in this fight, especially Arab nations who can help mobilize Sunni communities in Iraq and Syria to drive these terrorists from their lands. This is American leadership at its best: we stand with people who fight for their own freedom

Defense Secretary Chuck Hagel outlined some more of the possible participants. He suggested that a “core coalition” would include the United States, Britain, France, Australia, Canada, Germany, Turkey, Italy, Poland and Denmark. The 10 Arab "frenemy" states that committed on Thursday to the fight against ISIS included the six members of the Gulf Cooperation Council (GCC): Bahrain, Kuwait, Oman, Qatar, Saudi Arabia, and the UAE. The new coalition also includes Lebanon, Egypt, Jordan and Iraq. At the time of the publication of this article some 40 nations had supposedly joined this "broad coalition" to defeat ISIS. But does that mean anything other than the provision of some thin cover for a nation still perceived as Christian raining down death and destruction (complete with inevitable civilian casualties) on what are in fact, despite Obama's protestations, Muslims?

But tough talk is often very cheap. It’s only been a few days and Obama's “very significant counterterrorism operation” is already a disaster and falling apart before it ever got started.

In less than a day after Obama's speech, both the UK and Germany (despite their earlier saber-rattling and tough guy talk) announced they have no interest in actually actively participating in any Obama led coalition to go after ISIS' main bases of power in Syria. France has announced that they will not participate in any land or air actions at all. NATO member Turkey abstained from even pretending to join the anti-ISIS coalition and will not let the US use their airbases to attack ISIS targets in Syria. And now the Saudi's probably won't either.

What Obama will get from the Arab League and the others will be some supportive talk, perhaps a trickle of funds and arms to the locals, and that's about it. When Bush invaded Iraq three other nations provided troops for the invasion and 37 other nations of the "Coalition of the Willing" provided ground troops for occupation and nation building attempts afterwards.

In stark contrast to that, Obama's "Broad Coalition" in the end will basically be a "Coalition of One" with a few local forces thrown into the mix. All led by a Commander-in-Chief who doesn't want to fight, doesn't want to be there, and known for walking away from 'red lines.' One can already sense this may not go well. Chances are he'll screw around with this for a couple more years without really accomplishing too much and then hand it over to his successor to deal with. We'll see and time will tell. I hope he proves me wrong.

What does this quick collapse of his coalition say about Obama’s strategic preparation? Did he even bother to check in with the Brits, French, and the Germans before pledging his “broad coalition of partners?” Apparently not. It would instead appear that The One simply assumed our European allies would quickly just fall in line with his newly proclaimed war on terror.

And what tactics does the President envision utilizing against The Islamic State? From the Washington Post:

[Campaigns in Somalia and Yemen] have dragged on for years and involve far smaller and less-well-financed adversaries than the Islamic State. Although Obama promised a “steady, relentless effort” in a nationally televised address Wednesday night, he also said that “it will take time to eradicate a cancer like ISIL,” using a common acronym for the Islamic State.
Such a mission was not the U.S. military’s preferred option. Responding to a White House request for options to confront the Islamic State, Gen. Lloyd Austin, the top commander of U.S. forces in the Middle East, said that his best military advice was to send a modest contingent of American troops, principally Special Operations forces, to advise and assist Iraqi army units in fighting the militants, according to two U.S. military officials. The recommendation, conveyed to the White House by Gen. Martin Dempsey, the chairman of the Joint Chiefs of Staff, was cast aside in favor of options that did not involve U.S. ground forces in a front-line role, a step adamantly opposed by the White House. Instead, Obama had decided to send an additional 475 U.S. troops to assist Iraqi and ethnic Kurdish forces with training, intelligence and equipment.
Recommitting ground combat forces to Iraq would have been highly controversial, and most likely would have been opposed by a substantial majority of Americans. But Austin’s predecessor, retired Marine Gen. James Mattis, said the decision not to send ground troops poses serious risks to the mission.

So, in effect, President Obama has rejected the "Afghan model" that was used to successfully drive the Taliban from power in 100 days. It consisted of front line Special Forces and CIA paramilitaries calling in pinpoint US air strikes on targets as they moved and worked in tandem with local opposition forces to defeat the enemy. It's a devastating strategy that has proven to be extremely effective in the past. What a shame. It's how we really should wage war from now on. On top of that, an unnamed U.S. general also told WaPo the other day that defeating ISIS would be much harder than anything we’ve done in Afghanistan or Iraq. Great, just great.

If President Obama quickly waffles, loses interest, and walks away from this tough talking but shallow commitment as well, we can then rename it the "Broad Coalition of None."

David Huntwork is a blogger, columnist, and the proud father of three daughters. The son, grandson, and great-grandson of Ministers of the Gospel he brings a unique blended background of theology and ideology to the great debates of the day. He believes that Faith, Family, and Freedom is the formula for success and the key to a good life and a healthy nation. David blogs at TheConservativeCitizen.com. You can contact him at Davehuntwork@juno.com.

Posted by Dennis Gallagher at 11:59 AM