IN SEARCH OF AN EBOLA AND ISIS FREE ZONE 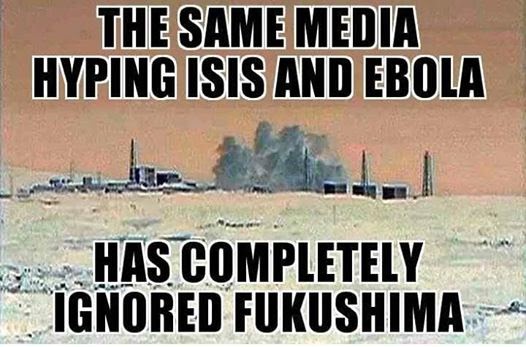 The following is an editorial by James Hall

The Comité De Salut Public during the French Revolution exhibited a pattern for nightmares far removed from their stated purpose as a Committee of Public Safety. The reign of terror that arose from the shambles created by the Society of the Jacobins, based upon extreme egalitarianism, actually produced a most violent outcome.  If you are one of those lost souls who cling to the latest narrative from the designer media reporting machine, the fear factor is working overtime. What can be more impartial than the threat of succumbing to an Ebola epidemic? Well, if you believe this hysteria, maybe the imminent acts of terror from those Islamic fascists; now called ISIS, will get your blood pressure to spike. Both share a paranoia manufactured in the labs of mind control more than in the actuary records of fact.

Worry that a global pandemic is in the making causes more psychosis than any screenplay coming out of tinsel town. Ebola has much in common with “The stuff that dreams are made of” for the social engineers and population control psychopaths. While human life is lost to this virus, when did this planet ever value the existence of individual human beings?

One viewpoint purports that The 5 Biggest Lies About Ebola Being Pushed by Government & Mass Media are inhibiting a proper response.

Lie #1) Ebola won’t ever come to the United States
Well, that one has been disproved.

Lie #2) Ebola is only spread via direct contact with body fluids
Nice to ignore those aerosols – airborne particles.

Lie #3) Don’t worry: Health authorities have everything under control
Now who in their right mind is going to believe this
nonsense?

Lie #4) The only defense against Ebola is a vaccine or a pharmaceutical drug
This one starts to shed light on some of the motivation
behind the response.

Lie #5) Ebola came out of nowhere and was a random fluke of nature
The big lie theory always seems to work on the naïve public.

Think outside the box. Pose the question that no one in the mainstream culture dares to ask. Why expend extreme dread about a mutating infection when most of the “so called” civilized world is currently consumed on intentionally taking a road to annihilation. If the Ebola outbreak is the ultimate culling of the herd, the argument of the disinformation artists already won the day.

Wearing down the natural immunized capacity of people to discount and reject the hype and fabricated perception of reality, is far more lethal than the actual threat of a medical disease. Prudence prescribes preparative precautions. However, ignoring the far more dangerous menaces to our well being can truly be terminable.

Survival seems paramount to secular society. Since this is the case, why is so much energy and mental attention devoted to chasing false Armageddons? ISIS is an obvious example of the playing out the same old strategy of creating an enemy in order that the ruling class can come to the rescue. Alas, delivering a solution or victory is intentionally unattainable.

Senators like Lindsay Graham and John McCain revel in juicing up their NeoCon followers with their fright campaign to keep the war machine rumbling along. Their manta is not just old, it is laughable. So many Americans are deluded by the fantasy of fighting a war against terrorism for generations to come, that they are oblivious from learning the history that created this madness.

The New York Times publishes an article, For Many Iranians, the ‘Evidence’ Is Clear: ISIS Is an American Invention. Oh dear, who could believe any observation from that axis of evil regime?

“Ayatollah Khamenei reminded them that Al Qaeda — a
creation of the Central Intelligence Agency, Iran has said —
and the Taliban were, in the eyes of Iranian intelligence,
devised by the West as a counterweight to Iran.”

When Iranian television aired images of Senator John McCain, the hawkish Arizona Republican, at a meeting with the current caliph of ISIS, Abu Bakr al-Baghdadi, an announcer added.

“These say more than a thousand words regarding the links between the United States and this group.”

So when Iranians express their distrust, the full thrust of the NWO establishment condemns their conclusions.

“But the claim that ISIS is a creation of the Obama administration has gained wide traction here. From the Iranian viewpoint, shaped by their spotty exposure to Western culture, analysts say, creating a terrorist organization opposed to Iranian interests is the obvious thing for a superpower to do.”

Exactly what is the advantage of being under the spell of exposure to Western culture, when the flagship of approved news reporting refuses to admit that interventionism into the Middle East has been a total disaster for ordinary Americans? That old JFK trademark, “in the final analysis” the betrayal of real national security has become the hallmark of U.S. foreign policy.

Wasting time on all the breaking news about the latest development on ISIS is pure folly. The absurd assertions that ISIS is about to initiate attacks on domestic soil, only serves to alarm an already high-anxiety induced citizenry.
Both Ebola and ISIS alleged scourges could be precluded with very basic border control measures. Common sense is a prime casualty in preventive national protection. Yet, the Homeland Security culture asserts the same delusional rhetoric as the Committee of Public Safety exhibited as the bloodbath of the French Revolution flowed into the streets of Paris.

The difference in this age of instant communication and immediate gratification is that the speed and scope of scares spread instantaneously. Where is the prioritization of risk? What will it take to focus on true distress targets of momentous calamities, which are consistently ignored in our brainwashed culture?

When was the last time you read or heard a significant report of the ongoing Fukushima contamination from the radiation meltdown? Or has that little catastrophe been wiped from the consciousness of the collective mind? All these questions become taxing. People are not used to thinking beyond the sound bites from yesterday.

Energy News provides the following:  US gov’t analysis says Fukushima is more serious than ‘China Syndrome’ — Destroyed reactors suffered worst type of containment failure. Review the best resources on this topic from Rense.com links. Nonetheless, most would reply that an Ebola epidemic is an immediate health hazard, while radiation migration will only cause cancer deaths over time.

Gee, another acquiescence that open borders are inevitable – the prevailing wind and currents know no national boundary. Well, to the simple mind, that must mean the same is true for blocking air flights from West African contaminated zones or for CIA trained jihad Islamists.

Government boasts that their mission to protect the public takes precedent over civil liberties or constitutional law. Just how well are these Jacobin thugs doing in keeping you safe?

Listing all the steps that have practical probability for success to eliminate the Ebola and ISIS dilemmas are futile to debate as long as the intended purpose of the careerist political class and globalist financial elite is to implement their reign of terror.

In order to establish a “Free Zone” from all the Ebola and ISIS propaganda, folks need to escape the BS and engage the real world by dropping out from the controlled grid of establishment lunacy.

Most of the literal risks that people are susceptible to encounter are avoidable with behavioral modifications. While life itself is the supreme adventure, avoiding perilous circumstances should be a component of sensible conduct. Regrettably, government rejects this standard and most of the time is devoted to create the circumstance that endangers their citizens.

Treacherous planning for martial law imposition thrives on the outbreak of Ebola hysteria. The frenzy amplifies calls for cures. Healing by quarantine is not a medical remedy, it is a reactionary response. What an ideal environment to foster even greater control. Keep illness intact, while reducing free association among the healthy.

ISIS may want to spread this deadly version of wellness destruction when they capture their next stash of armament weapons. Keeping the threat alive is much more important than merely killing non-combatants. A free zone of analysis accepts the Iranian interruption over the MSM version. The same analytic thinking leads to the inference that a mass phobia stampede leads to the desired public demand for government salvation.


Tune out this effort to herd the sheeple to slaughter. Start protecting yourself and prepare for your own safety. The hazmat response team will not rescue you from a system based upon deception, fraud and disinformation. Then what is the difference, the Fukushima contagion illustrates that the cockroaches will inherent the planet. Maybe they will do better than this mentally ill society.

James Hall is a reformed former political operative. His website is BREAKING ALL THE RULES at www.batr.org.  BATR is a comprehensive view of the human condition. Populism best describes James’ approach and  perspective on politics.
Posted by Dennis Gallagher at 11:43 PM